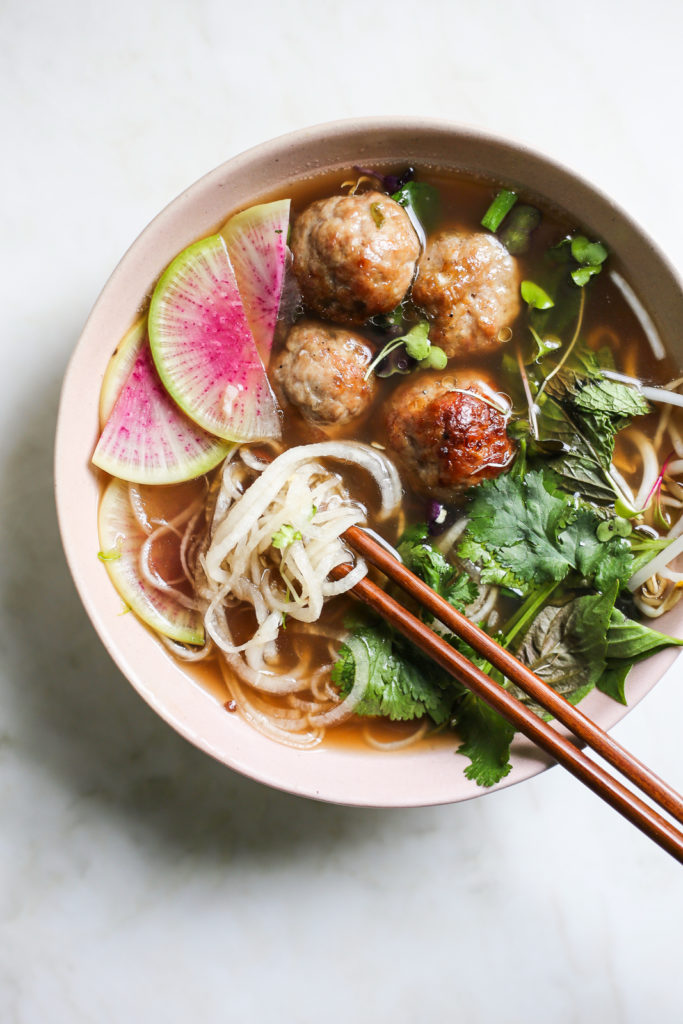 Vietnamese food is at the top of my list of favorite types of cuisine. I love how traditional Vietnamese cooking combines umami flavor (fish sauce, shrimp paste, and more) with copious amounts of fresh herbs. Traditional Vietnamese cooking is greatly admired for its fresh ingredients, minimal use of dairy and oil, complementary textures, and reliance on herbs and vegetables. With the balance between fresh herbs and meats and the selective use of spices to reach a fine taste, Vietnamese food is considered one of the healthiest cuisines worldwide. [source: wikipedia]

One of the most commonly admired Vietnamese dishes worldwide is Pho [pronounce FAH, not FOH]. There is no question as to why this dish is admired in so many countries– it’s hot, aromatic broth combined with noodles, fresh herbs, and a little bit of protein is just a combination sent straight from heaven itself. In my opinion, Pho is one of the best foods on the planet! 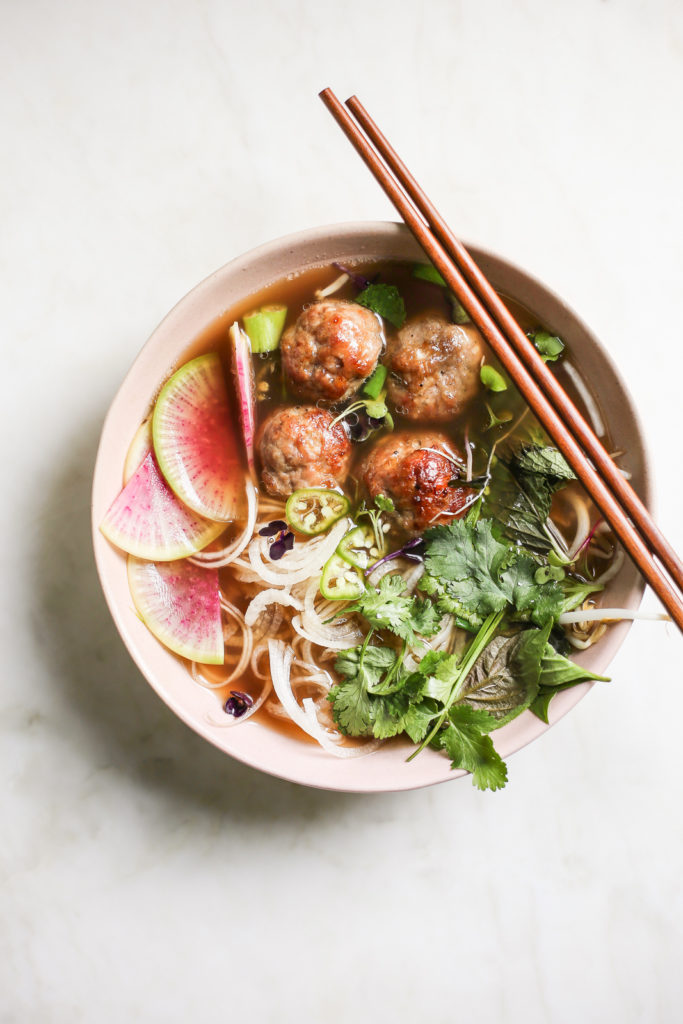 Traditionally, making a pho broth is an adventure that takes at least a day’s worth of work. The broth is a work of art filled with a beautiful combination of aromatics and simmered for hours upon hours. Perhaps, a few days if you’re really getting some good Pho. So let’s cut straight to the point. My Vietnamese-Inspired Whole30 Meatball Pho here is far from authentic. It’s a short cut, or faux pho if you will. It’s one that you can get on the dinner table in about an hour and the flavors are there, the depth of flavor is not near as deep as an authentic pho. It’s still really good. But I just want to be candid and say that, admittedly, it’s not the real deal.

We all sometimes just want a big bowl of Pho though, and here I’ve made an easy-to-make version that’s also Whole30/Paleo approved. Instead of using rice noodles, I opted for spiralized daikon radish (you can also use spiralized zucchini) to mimic the noodles in my Vietnamese-Inspired Whole30 Meatball Pho. The pork meatballs are absolutely delicious and packed with umami flavor and perfect for an easy protein choice in this faux pho. I think you’ll just love it. 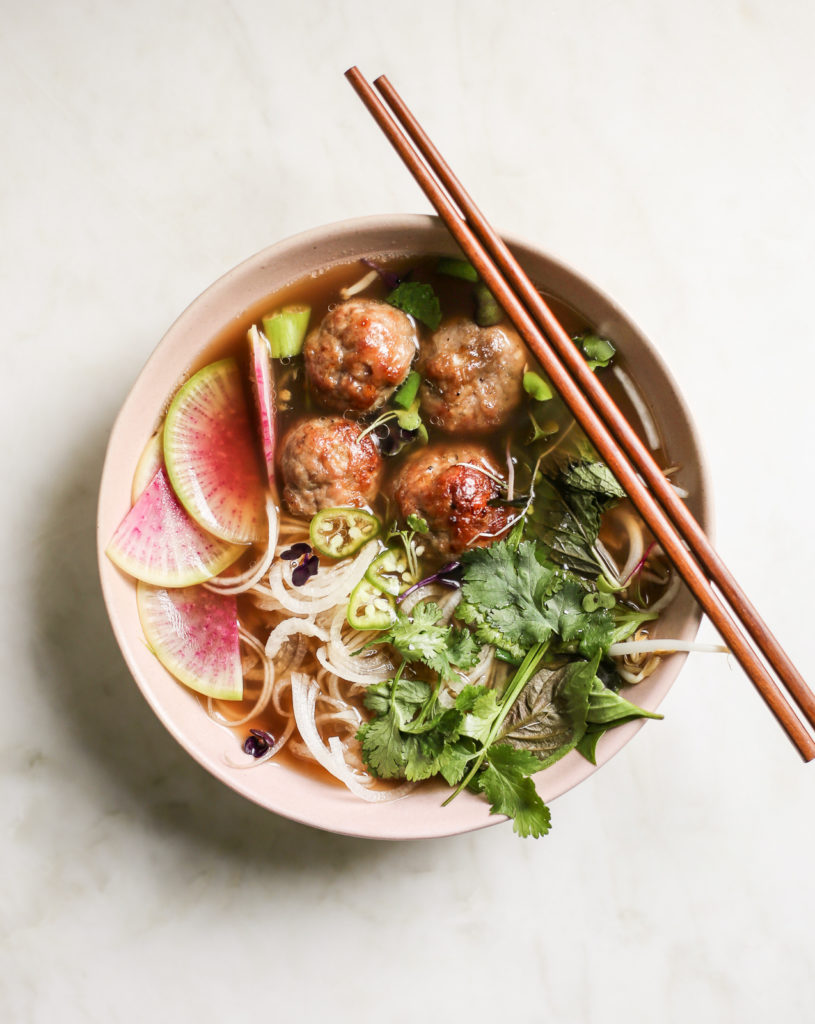 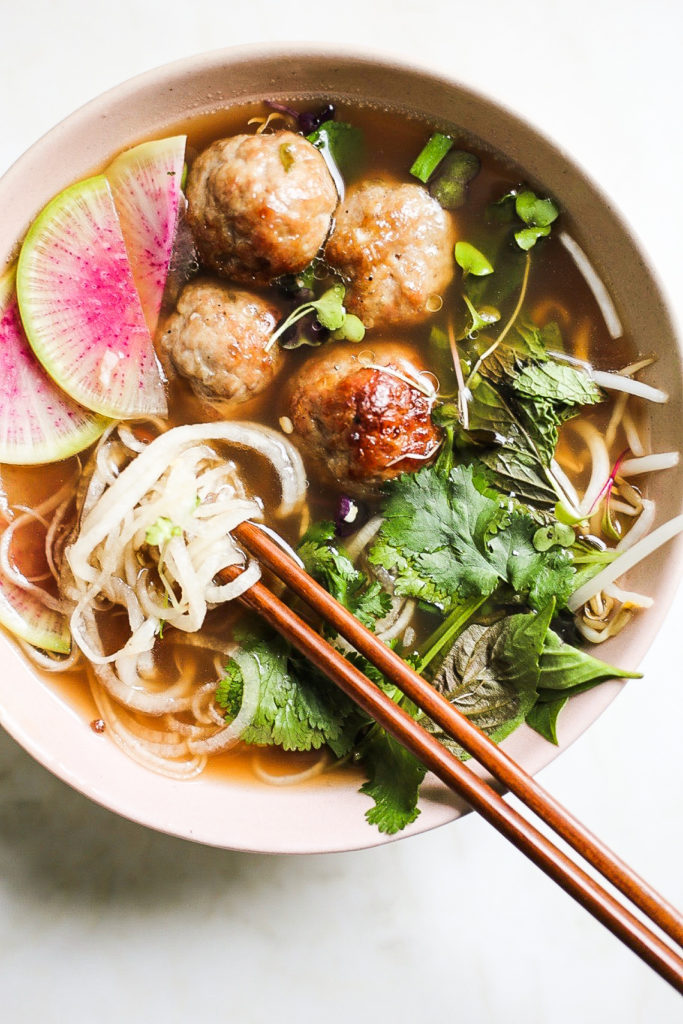 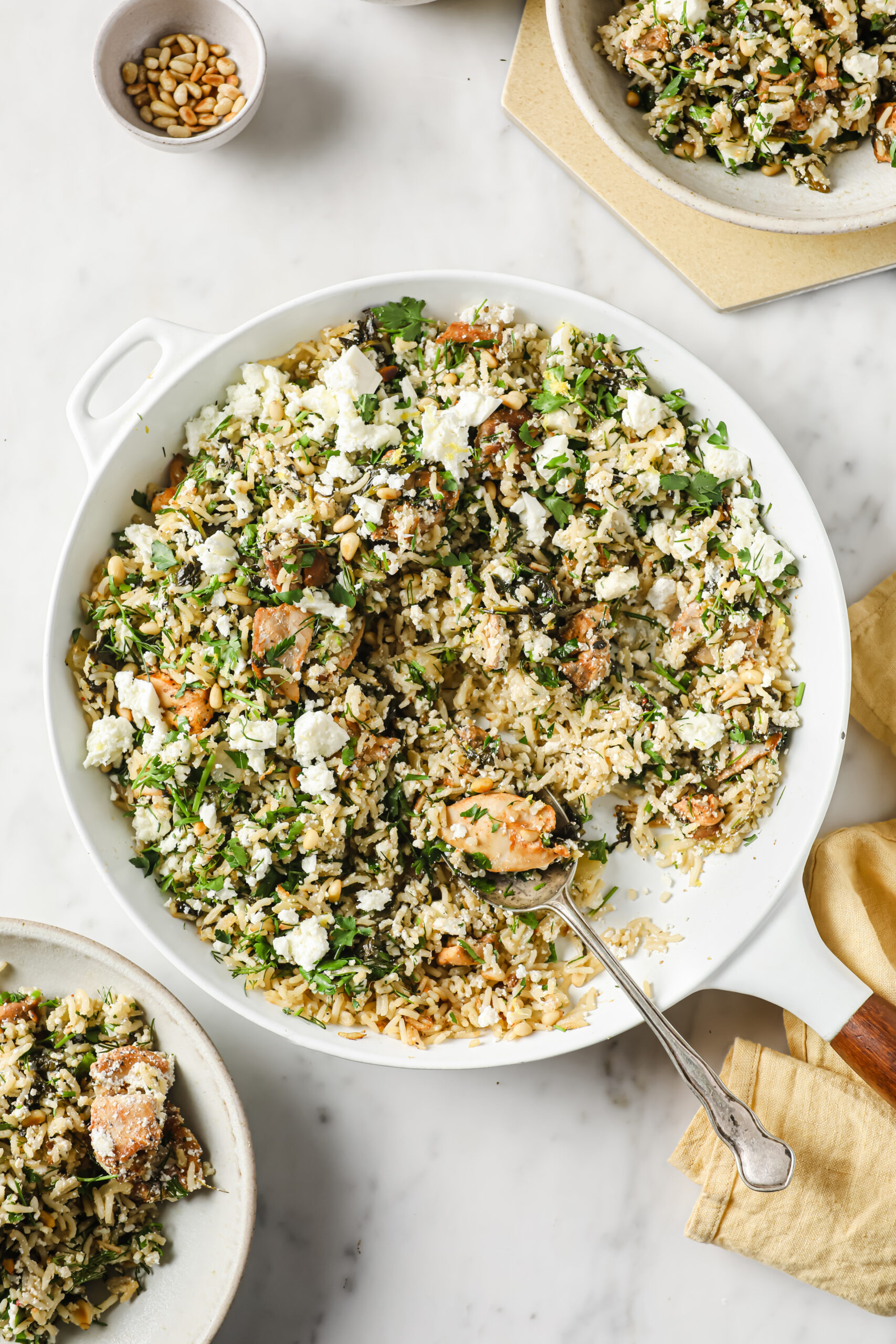 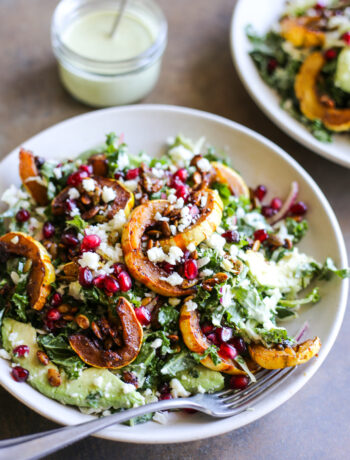 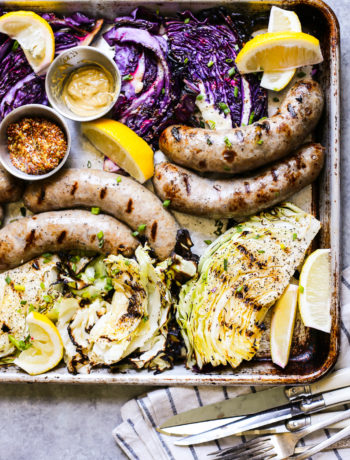