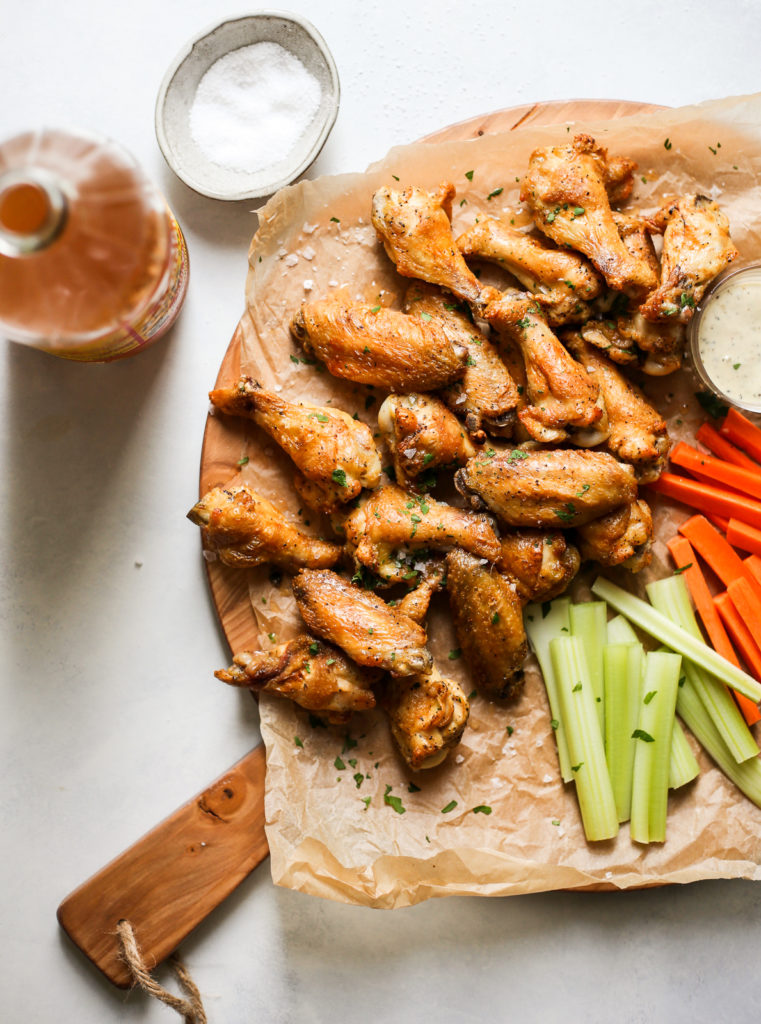 You know what I love to crack out on, chips. Specifically Salt and Vinegar or Jalapeno flavored. Talk about addicting! I can’t even buy them or have them in my house because once I have one there is absolutely NO stopping me before the bag is empty. True fact. And that love for salt and vinegar led to the creation of these Salt and Vinegar Chicken Wings.

With my admiration of Salt and Vinegar flavored things and oven-baked wings, I decided to give it a go and combine the two for an epic gameday (or any day) appetizer that will knock your socks off. Just like the bag of chips, be sure you have someone else around to eat these Salt and Vinegar Chicken Wings with or you will polish the whole 3 pounds of wings solo. No doubt. They are equally as addicting! 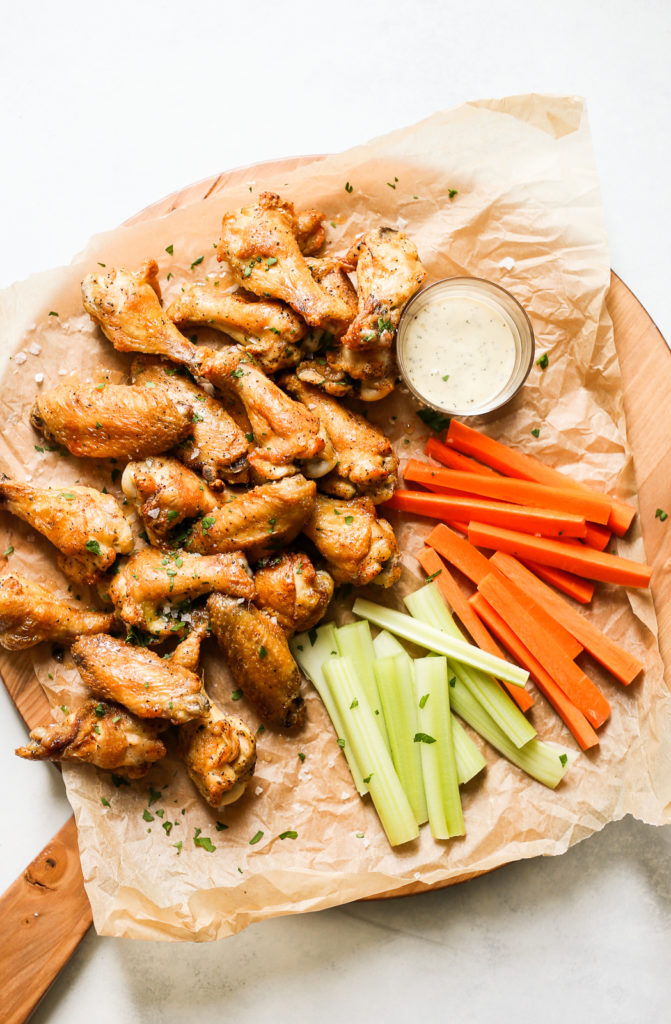 I really love baking wings in the oven. Placing them on a rack in an even layer and so that they are not touching results in a nice crispy wing, without the deep fryer. 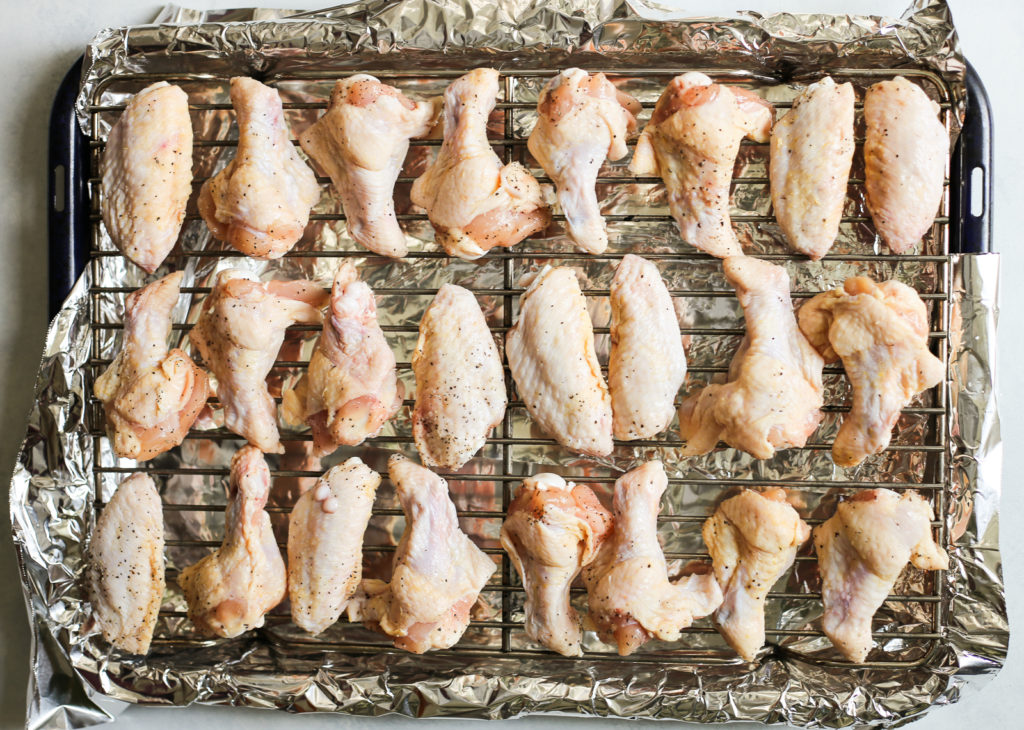 Once they are nice and crisp, I toss them in a delicious apple cider vinegar and seasoning combination and then pop them once more under the broiler. The end result of these Salt and Vinegar Chicken Wings is a tangy, salty, crispy and satisfying wing that you’ll just love. My husband definitely dominated these wings when I made them. Next time I think I’ll have to double the recipe. 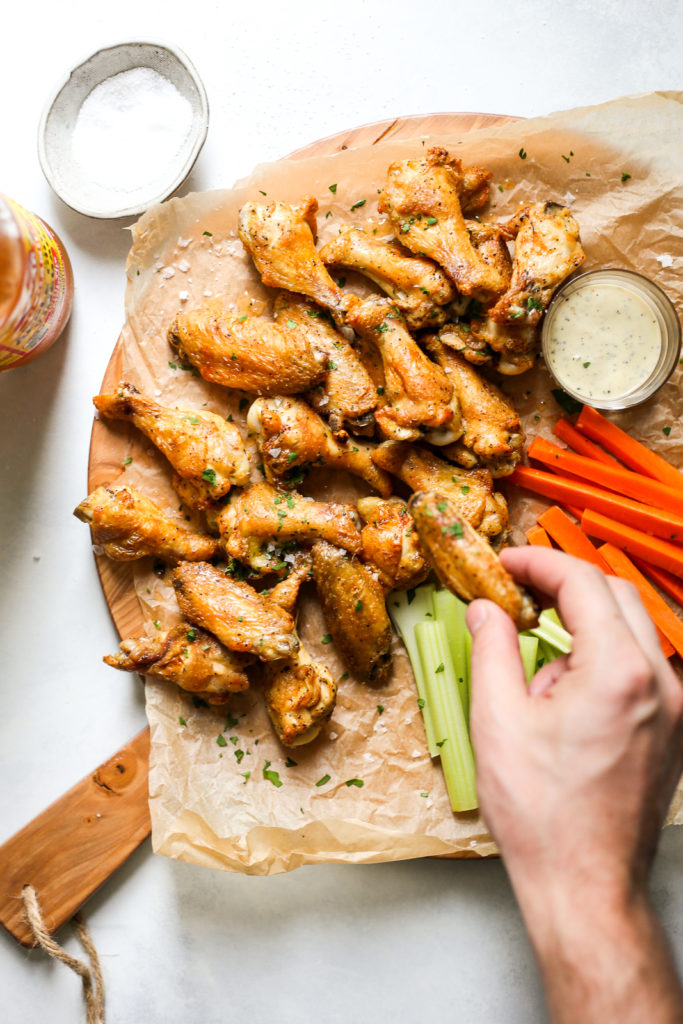 For another wing recipe with a kick, try my Kung Pao Chicken Wings! 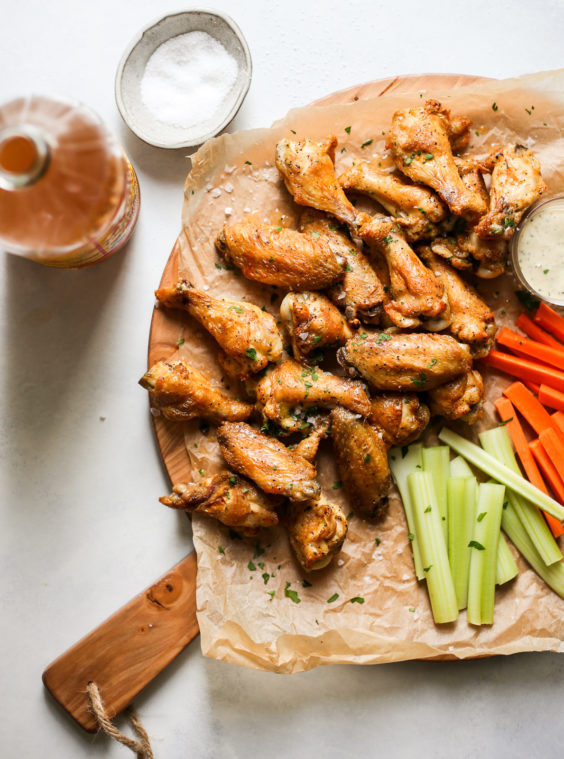 For the Vinegar Finish: 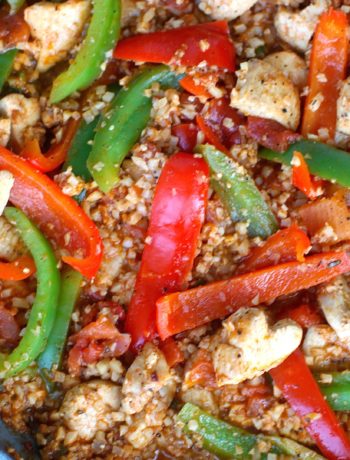 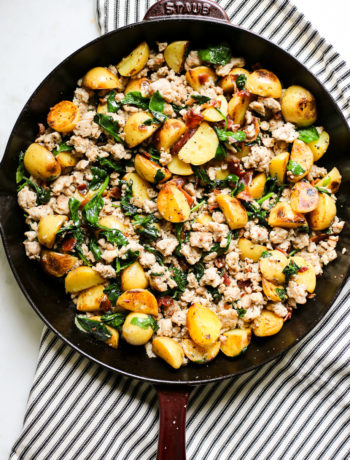 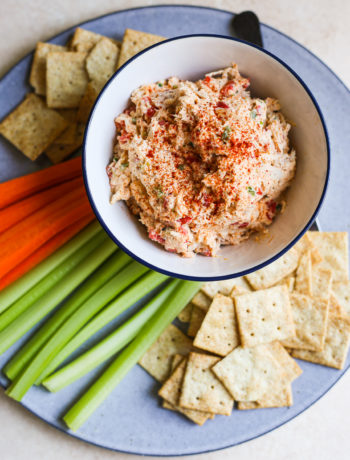