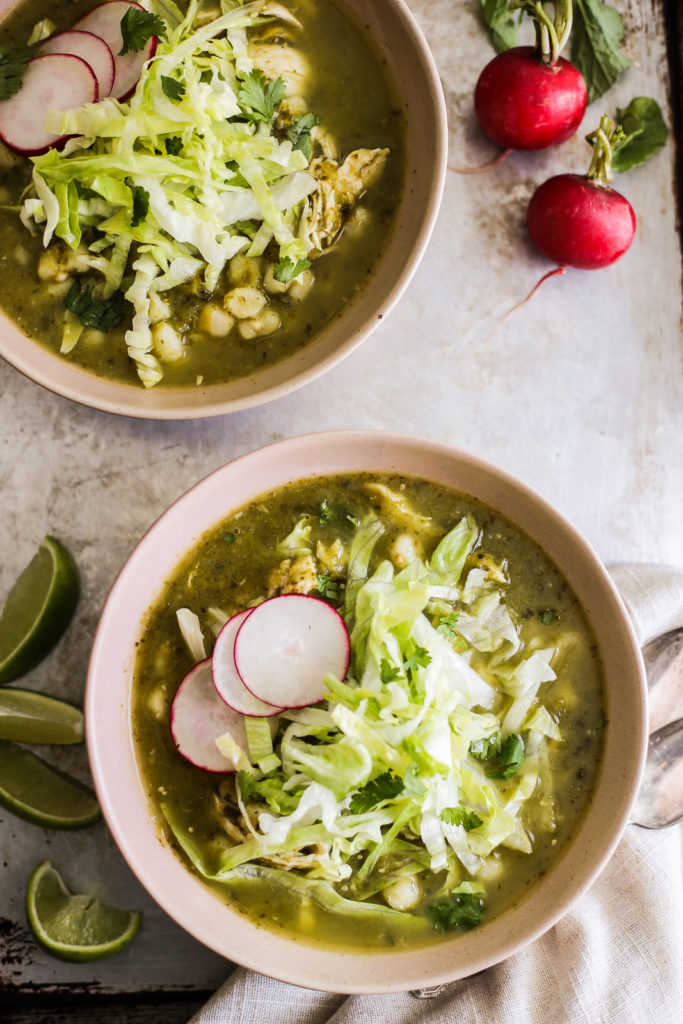 Pozole is one of my favorite dishes of all time. Pozole, literally meaning “hominy” is a traditional soup from Mexico. As a Texan, I’ve experienced many bowls of pozole. Some great, some not so great. There are many different types of pozole but I’ve grown up eating either Pozole Verde or Pozole Rojo (aka red or green pozole).

Pozole is traditionally filled with hominy (made from dried corn kernels and treated through a special process involving lye), lots of meat (typically using pork), and can be seasoned and garnished using radishes, shredded lettuce, chiles, onion, lime, and avocado.

Pozole is one of those dishes that I grew up eating but never knew how to really make it nor never tried. I was recently raving about one of my favorite bowls of Pozole served in town at the local restaurant Jose to my friend, Martha. Martha said while Jose’s pozole is very good, her mom’s recipe is better and she wanted to teach me how to really make pozole. Heck yes! Martha is an incredible cook, and I love learning from her in the kitchen.

So, I sat down in the kitchen and watched her work away. A rare and quite enjoyable moment for me since I am usually the mad scientist in the kitchen myself. And a mad scientist she was, indeed. At one point, there was a giant pot on the stovetop boiling away, a small saucepan boiling away, a skillet sauteeing away, and she was chopping away at the counter. I thought, woah. This is quite a production to make pozole!

The pozole that Martha made for me was the best I’ve ever had. The depth of flavor was unreal and we ate it all week long. It made enough to feed a small army, haha, but hey! I am not complaining. I would be happy to eat that pozole for breakfast, lunch, and dinner every day. yum.

After Martha showed me the ropes in making Pozole, I knew I needed to attempt it for myself. I’ve taken elements from Martha’s Pozole and I have done a few things so that I can share it with you. First off, I’ve made the recipe much smaller; however, it still makes a ton and can feed a lot of mouths. As I said, Martha’s fed a small army! haha. There are also a lot of steps in making a good pozole, so I’ve merely made some changes to the recipe to ensure that the recipe is a bit more straightforward and everyone can follow the step-by-step instructions, no matter your level of expertise in the kitchen. That way, any level of cook can get a delicious bowl of pozole on the table. And lastly, I opted to use chicken instead of pork in this soup to help cut down the cook time a bit; however, if you want the real deal– here is Martha’s pork version! It’s so dang good.

One more tidbit that I never knew about eating pozole. Martha told me that you never eat pozole without a tostada. We had a good laugh in my kitchen because she served up my pozole with a crispy tostada (just the packaged ones you buy in a store, nothing fancy) and I said… do I dip this? Martha said nope. Okay, do I scoop the soup contents over it? Martha said nope, you just eat it alongside the soup. I thought.. hmm, seems unnecessary but the corn flavor from the tostada alongside the pozole is quite a match made in heaven. It’s like saltine crackers with chicken noodle soup. They just go together.

Regardless, a big thank you goes to Martha for teaching me new, amazing techniques in my kitchen. I love learning from you. Thank you for sharing with me and allowing me to share it on my blog! *I have also added Martha’s Pork Pozole recipe, which you can find here*.

For more comforting soup recipes, check out my Soups + Stews Round Ups! 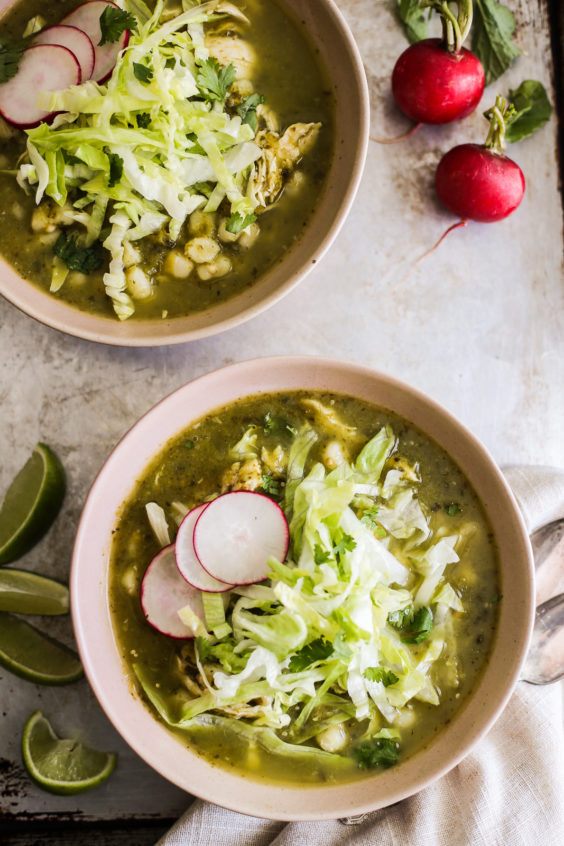 *For Whole30-- omit the hominy. I dice 2 large russet potatoes into 1/2 inch cubes and add it to the soup and cook at the end the same as the hominy, or until tender.
Dinner | Recipes | Soups
14 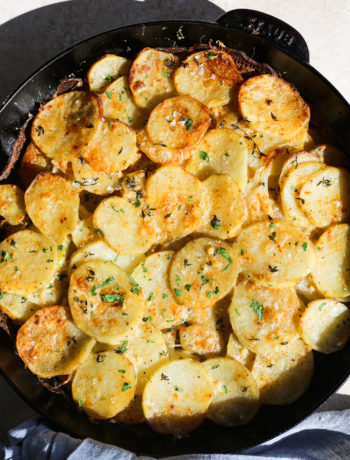 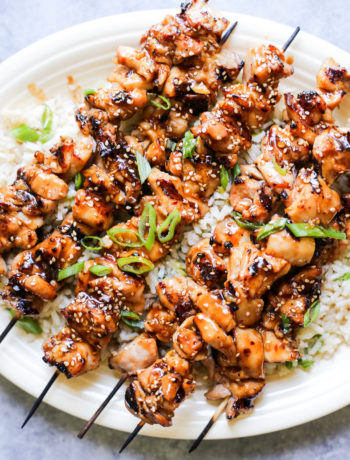 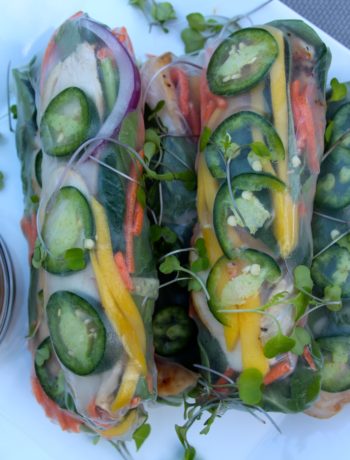