These Grain-Free “Hostess” Cupcakes are a bit of a labor of love, but gosh are they worth it. As we head back to school, I’m nostalgic for the kinds of snacks that used to fill my lunchbox. 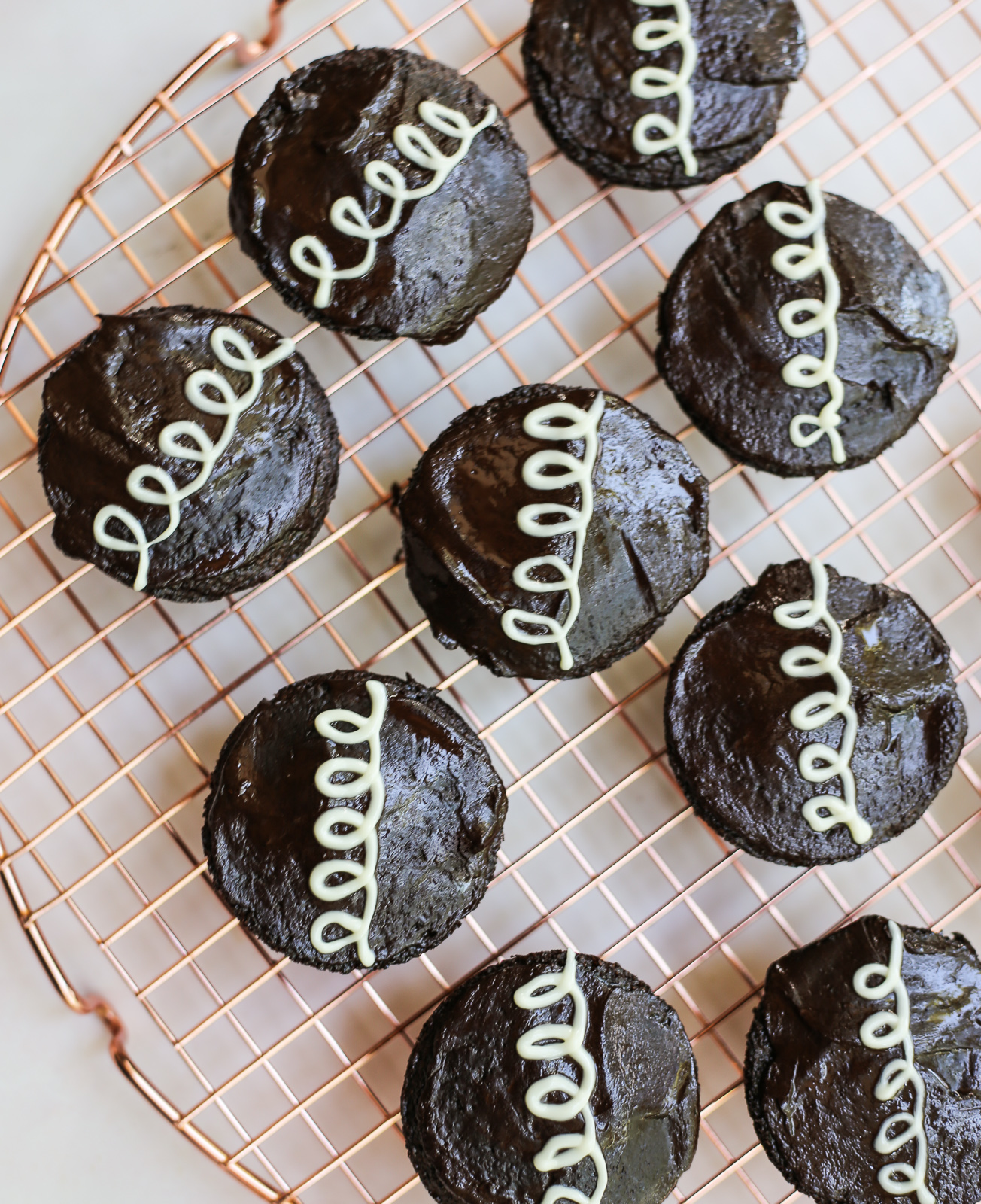 If you are not familiar, a “Hostess” Cupcake is a packaged devil’s food cupcake, filled with a vanilla marshmallow creme and topped with chocolate ganache then a signature white chocolate swirl. We recreated the childhood favorite but made it grain and refined sugar-free. They are rich and deeply chocolatey and even better the next day.

As far as ingredients go,  for paleo chocolates, I like using Hu Kitchen, Enjoy Life Foods, or Lily’s Sweets. But, a paleo-marshmallow creme is definitely a bit harder to find, so you can leave out the filling altogether if you prefer. Regardless, this is a great Paleo chocolate cupcake base, so you can add whatever icing or ganache you wish to really have fun making your own creation. 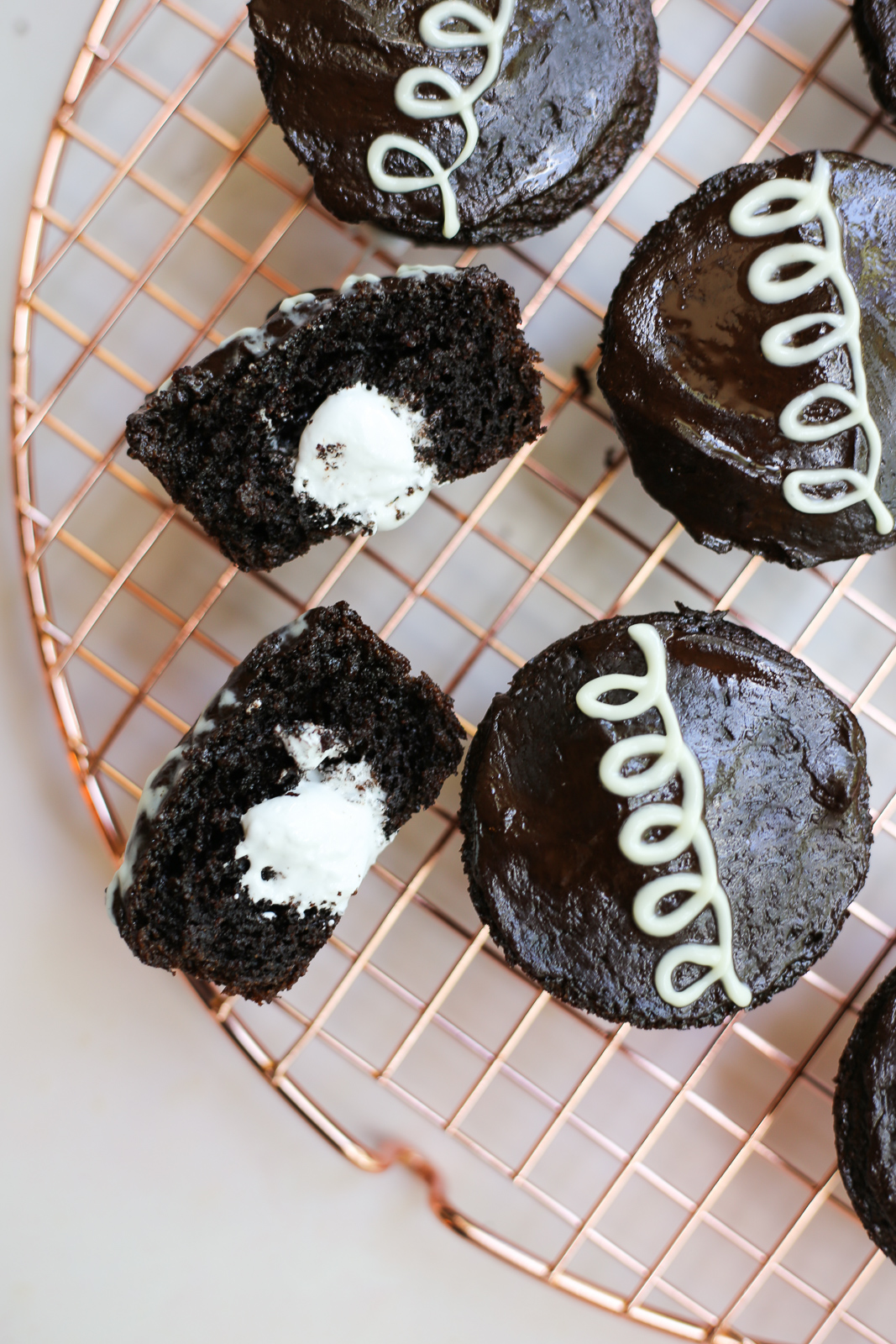 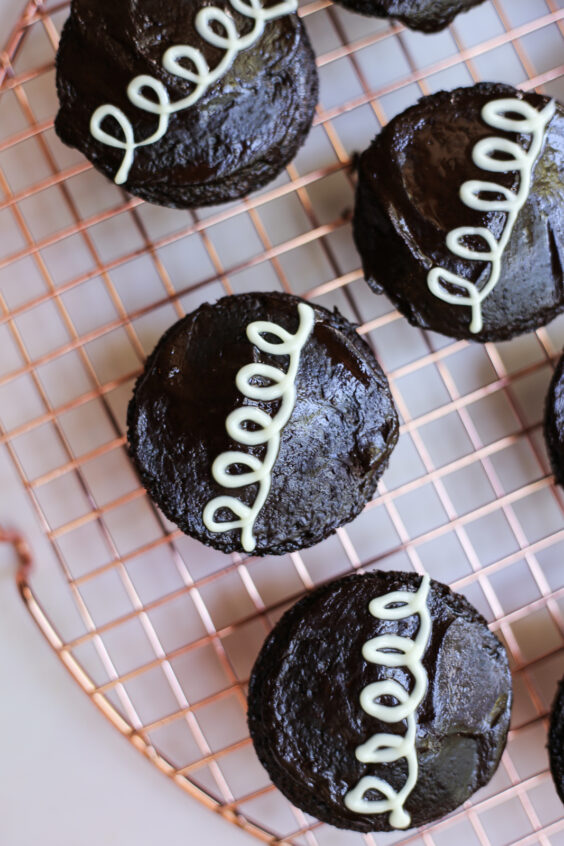 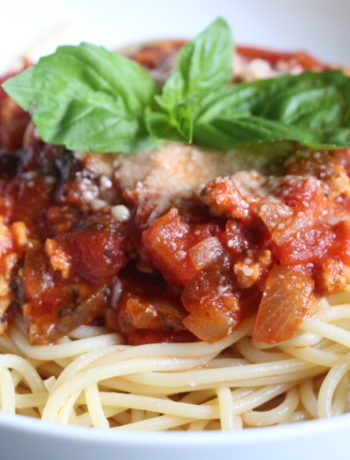 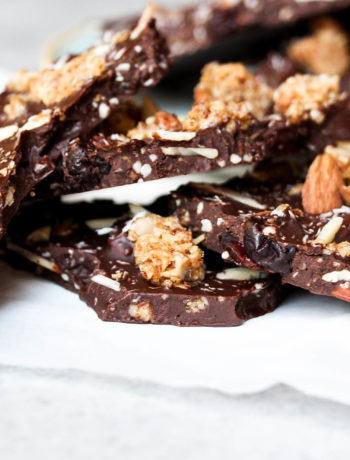 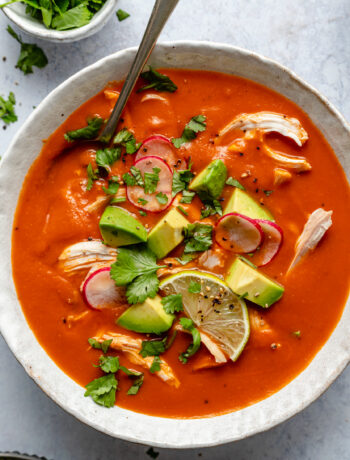