Candied carrots got an upgrade in this Charred Carrots with Herb Drizzle recipe! 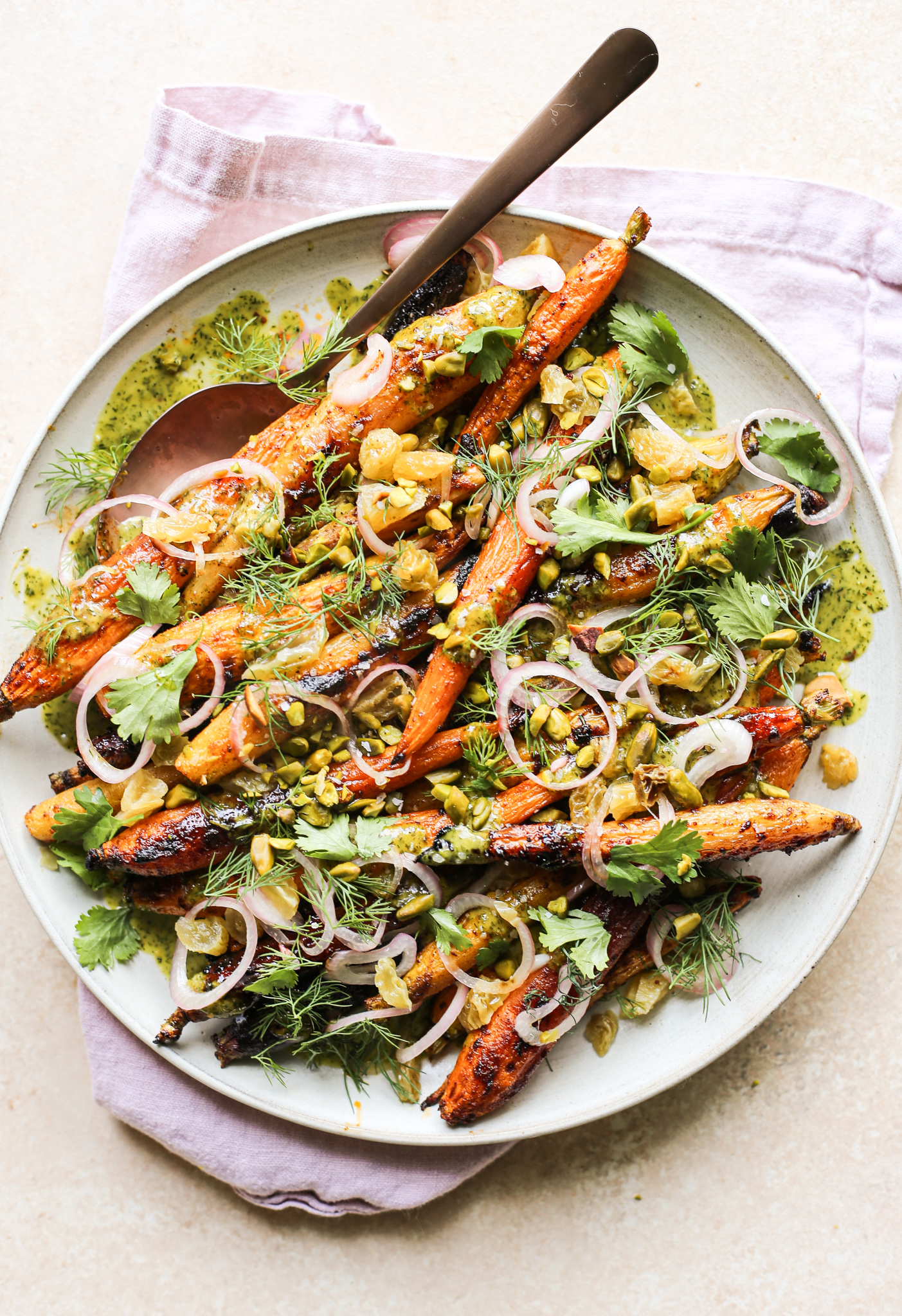 Many Thanksgiving tables traditionally have some version of a candied carrot, usually boiled, slices, and finished on the stove with butter and maple syrup. While they’re delicious, we took the same idea and gave it a Mediterranean spin with our charred carrots with an herb drizzle.

The rainbow carrots are roasted in the oven until they’re tender then broiled to get them charred and have the sugars from the orange and maple caramelize. If you’re trying to conserve oven space on Thanksgiving, roast the carrots in advance and store them in the fridge. Prior to serving simply bring them to room temperature and char in a cast iron skillet to warm through.

If you live near a Trader Joe’s, they sell peeled and trimmed petite rainbow carrots that are perfect for this and will save you even more time and prep ahead of Thanksgiving. If not, look for smaller carrots that are thinner so they won’t take as long to roast.

Another tip, you’ll have extra herb sauce and it is GREAT on leftovers. It’s bright and cuts through all that Thanksgiving richness so it is perfect to spread it on a turkey sandwich the next day — YUM! 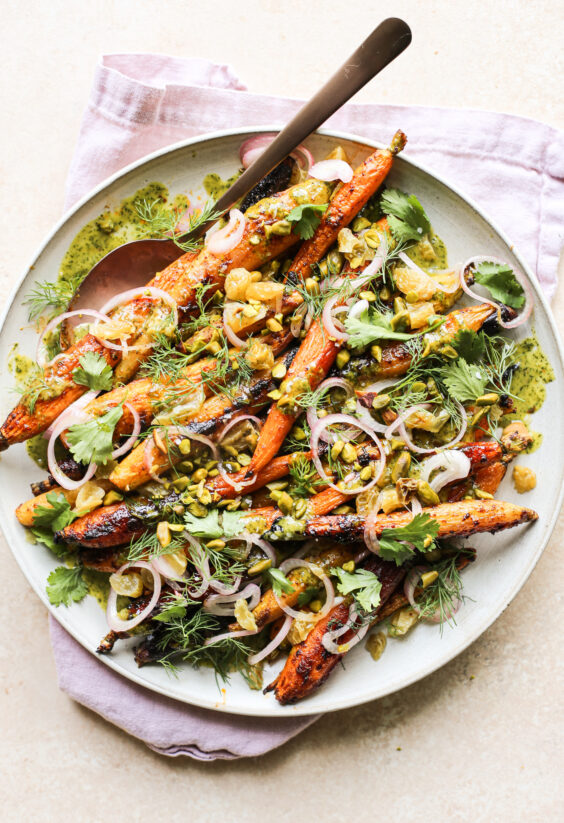 For the Pickled Shallots:

For the Herb Drizzle: 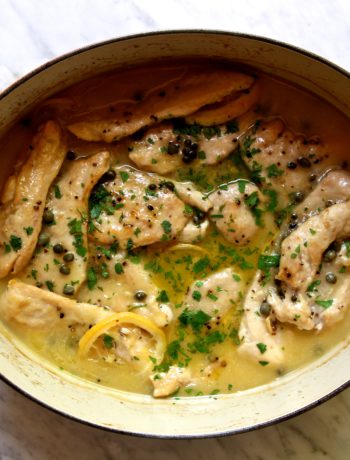 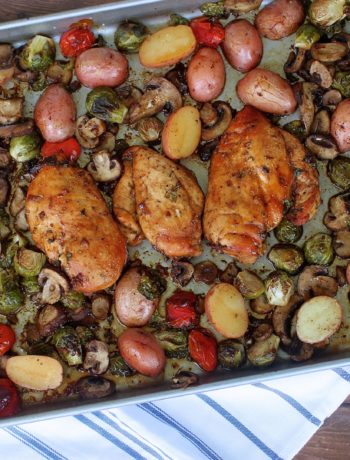